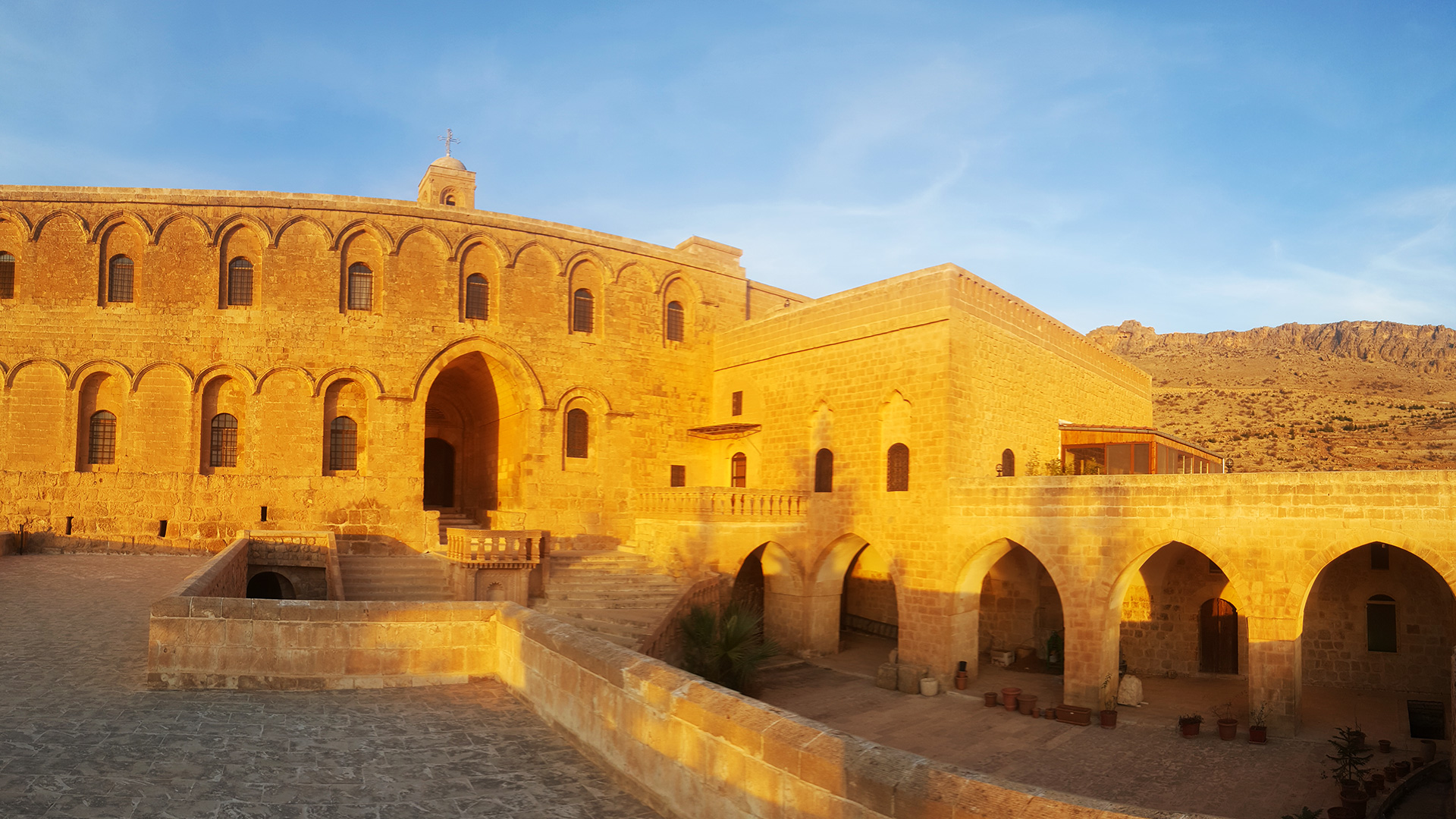 Deyrulzafaran Monastery is one of the most significant centers of the Assyrian Church besides its magnificent architecture. It is situated in about 5 km from the old part of Mardin in Tur Abdin plateau located in the southeast of Turkey. According to chronicles, the monastery was founded in the 5th century AD, when the first church was built there.

The Monastery was constructed on a complex which had been used as a Sun Temple before Christ and was then used as a fortress at the time of Roman Empire. When Romans left the region, Saint Shleymun broucht the bones of some saints here. He converted the castle into a monastery. For this reason, Deyrulzafaran Monastery was first known as Mor Shleymun Monastery. 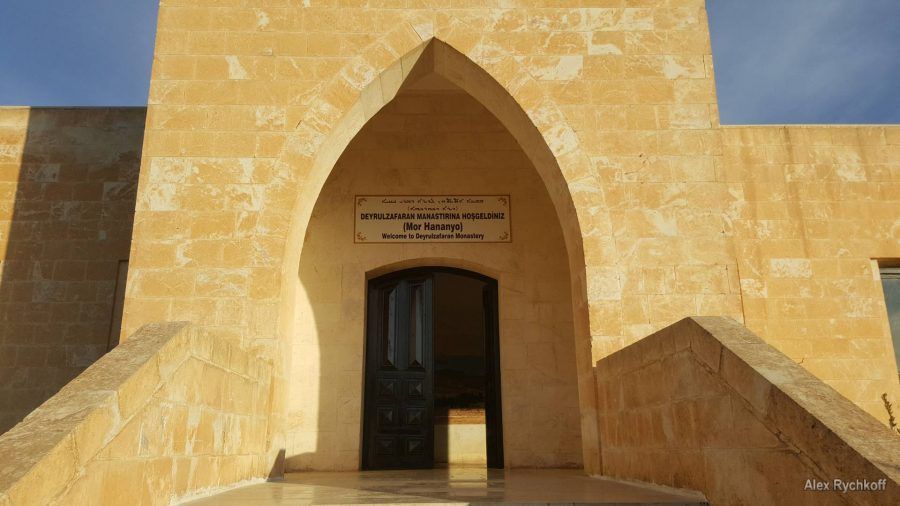 After the modifications made by Mardin and Kefertuth Metropolitan Saint Hananyo starting from 793, it was known as Mor Hananyo Monastery. After 15th century it has been called as Deyrulzafaran which means “Saffron Monastery” because of saffron plants growing around the monastery. For long years the monastery was one of the religious education centers of the Syrian Church. 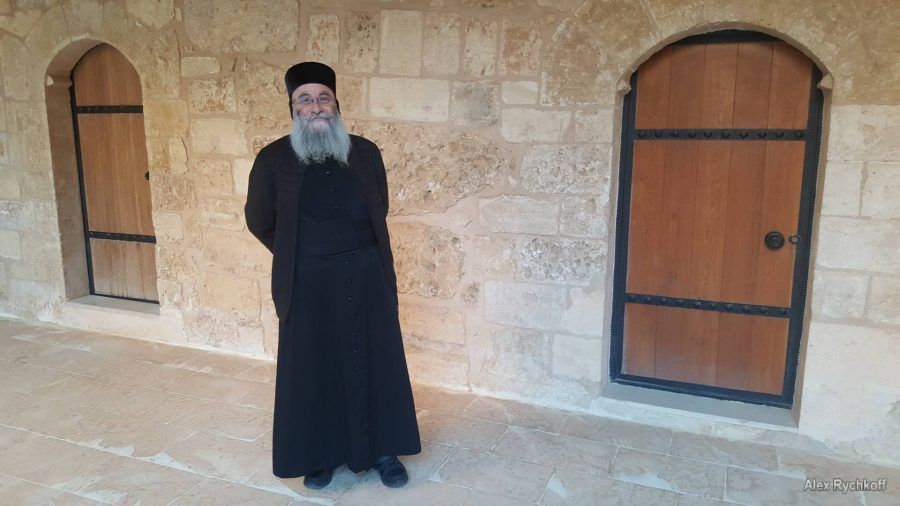 The church was built by Syrian architects Theodosius and Theodore brothers between 491-518 AD, during the reign of Byzantine Emperor Anastasius I Dicorus. The width of the church is 12.3 meters, the height of it is 17.7 meters and the area of it is 271 square meters. This church is also called as the Domed Church, since the dome of it is like a cross. Various animal motifs on the outer frieze of the church attract attention. 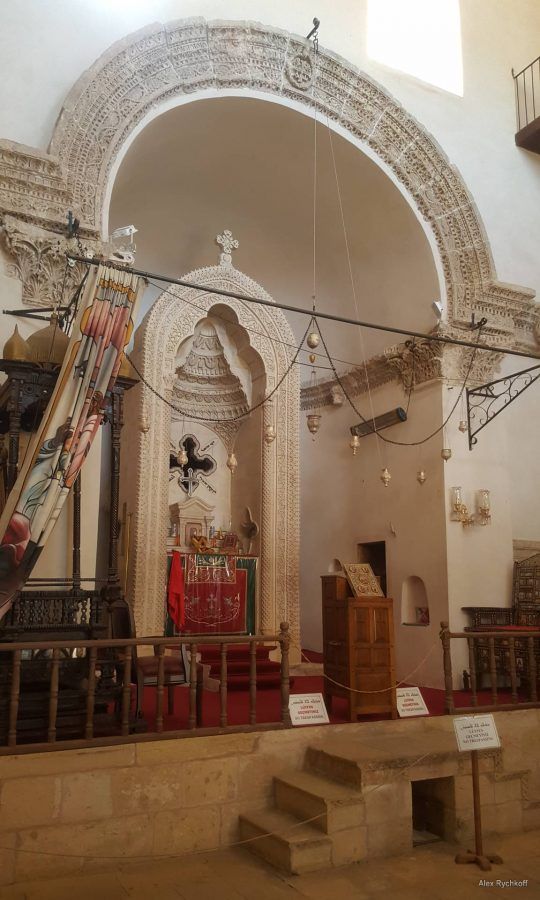 On the inner walls of the church, there were frescos that depicted the stories in holy book, but only one of one has survived until now. This fresco illustrates Saint Hananyo who had the monastery restored in 793. The religious service platform in the abscissas at the north and south of the church are wooden and were constructed in 1699. The wooden felictious service platform at the middle abscissa burnt in 1941 and only two columns have survived. 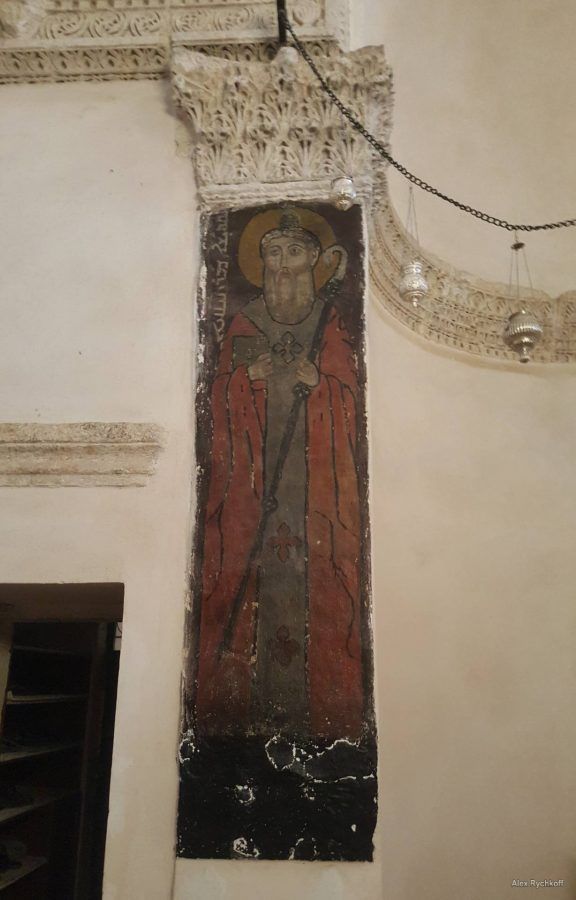 It is understood from the Syrian writing on the columns that the abscissa was made by Niardin and Kefertuth Metropolitan Saint Hananyo in 793. The stone religious service platform that still survives was made by Syrian stone masters from Mardin and Midyat using yellow and cut stones in 1942. There are two attractive rostrums at the main abscissa part. 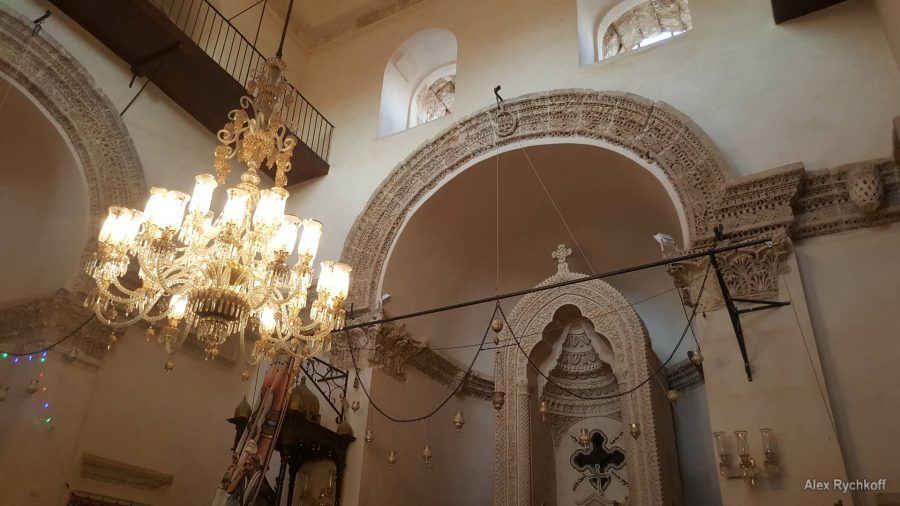 The rostrum at the left of the main abscissa is made of walnut tree and it is predicted to be 350 years old. This rostrum is used by the patriarchs. The rostrum at the right hand side belongs to metropolitans, it is made of tush and is predicted to be 500 years old. On the outer surface of the door, a poem of Saint Balay in Syrian and a small part of Prophet David’s psalms are written. 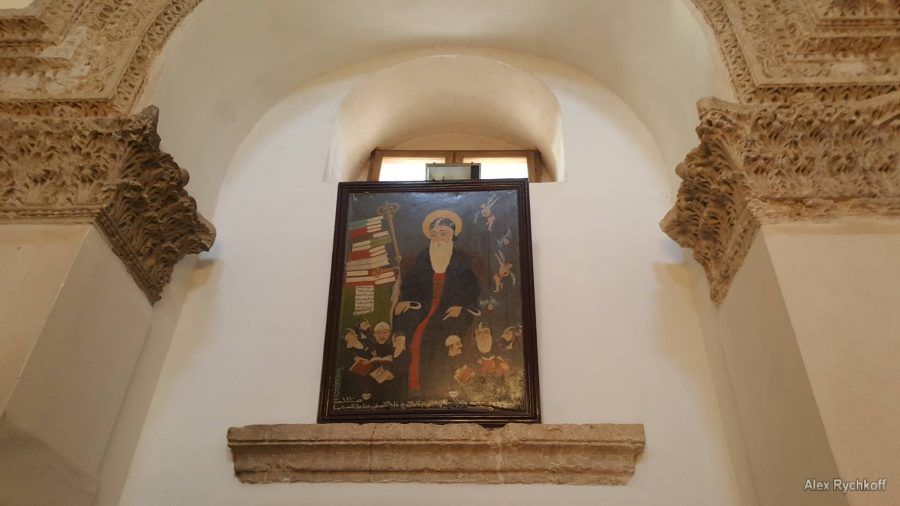 The Patriarch Throne (chair): from 1293 when Deyrulzafaran had become Patriarchate Center until 1932, 122 Syrian Patriarchs sat on this historical throne starting from Saint Petrus, the first Patriarch of Antioch. The historical chart on the back part illustrates the time from the first patriarch until now and information introducing the patriarchs with geotrietrical chart. 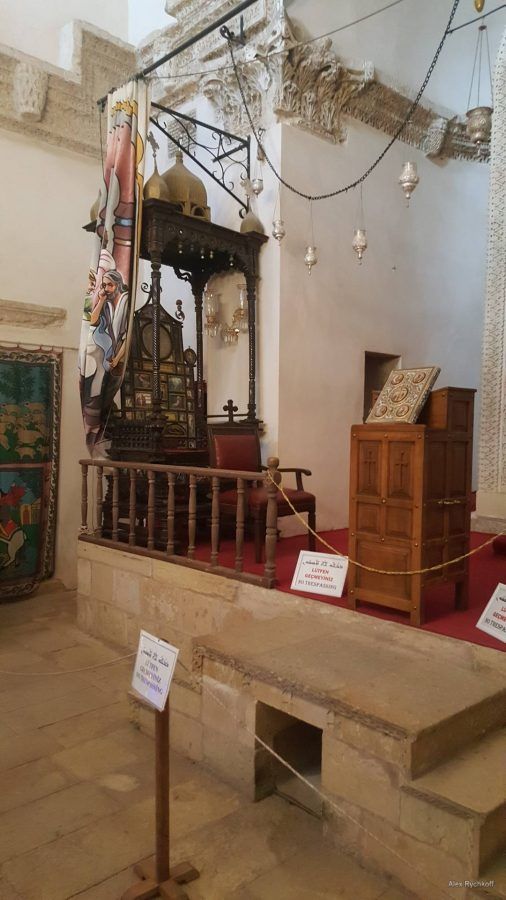 Although the construction date of this building is not exactly known, it is predicted that it was completed in about 3000 BC and even during the same period with the arise of Marlin and it was used as a sun temple. The sun temple is located at the southeast of Mor Hananyo Church and it consists of two parts accessed through stairs. 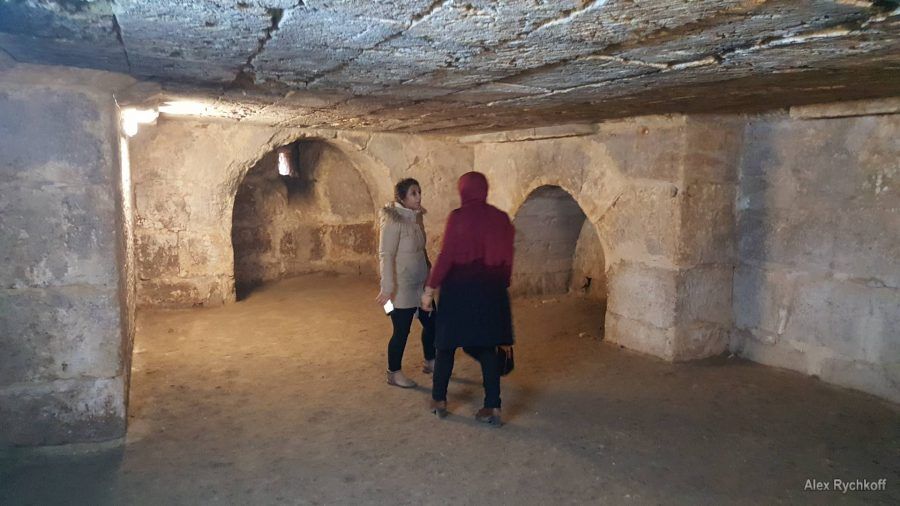 The entrance part has gable roof and the main part attracts attention with flat ceilinc of 51 square meters. Huge stones interlock with each other on the top, then they unite with a keystone and the flat ceiling is thus obtained. 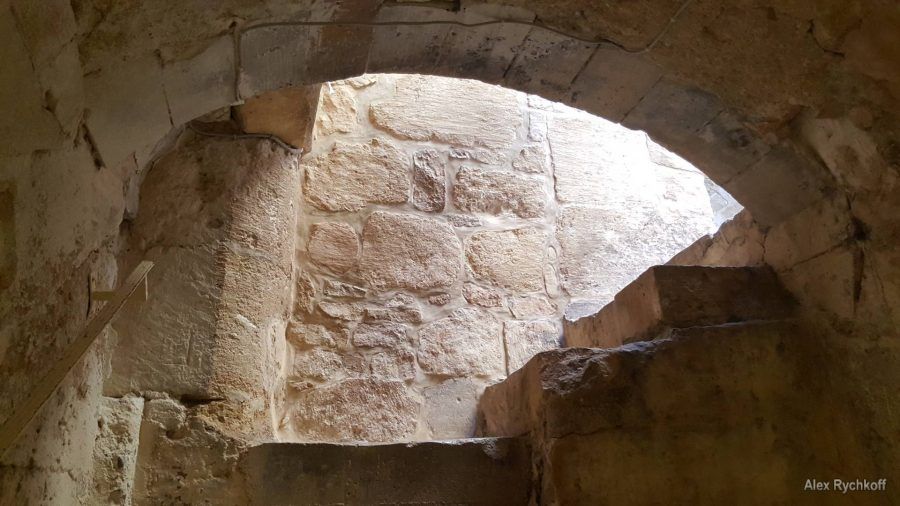 The House of the Saints (Beyt Kadise)

The house of the Saints is the building that is located at the southeastern side of Mor Hananyo Church and that has a segmented come. It is known that it is one of the first buildings of the monastery. The height of it is 10.5 m and the width of it is 5.4 m. But, the outer parts of it were repaired by Patriarch IV Petrus in 1884. 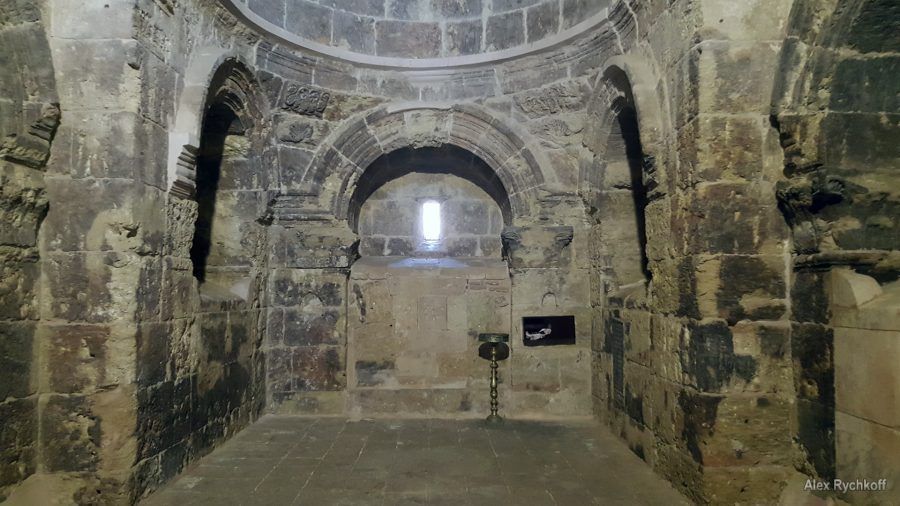 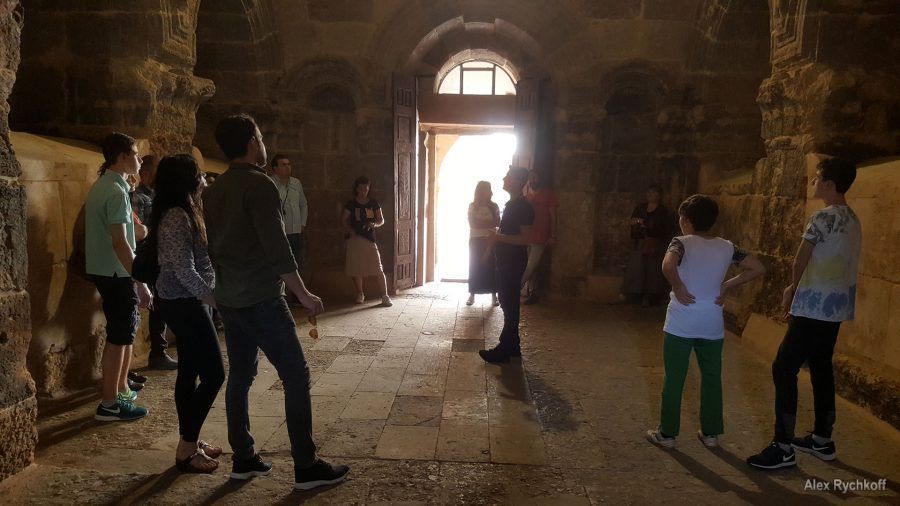 Dates of death of Deyrulzafaran Metropolitan Mor Grigorlos Behnam, who died in 1846, and Mardin Metropolitan Mor Filuxinos Hanna Dolabani are written on one of the niches that is at the north of the niches allocated to metropolitans. Besides vine stems and bunch of grapes motifs on an embossed vase in this part, scallop shell motifs can be seen on the semicircle niches on the west wall of the building. 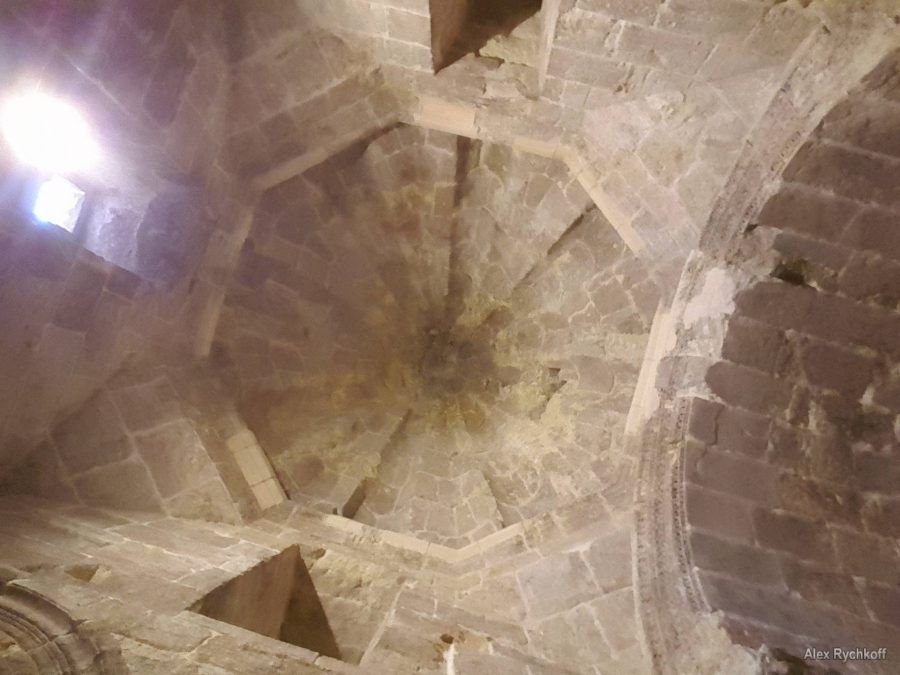 On the lintel of the entrance door of the building, there is a cross surrounded by dolphins. These motifs make us think that the building was used for medicine or pharmacology related purposes.

The Church of Virgin Mary

This church is located at the north of the main courtyard. It is accepted as the first church of the Monastery. During Patriarch II Cercis period (1686-1704) some parts of it were repaired. The area of it is 153 square meters. There are mosaics that dates back to Byzantine period at the abscissa part and some part of the ceiling and walls are constructed with brickwork which is a construction style of Byzantine culture. 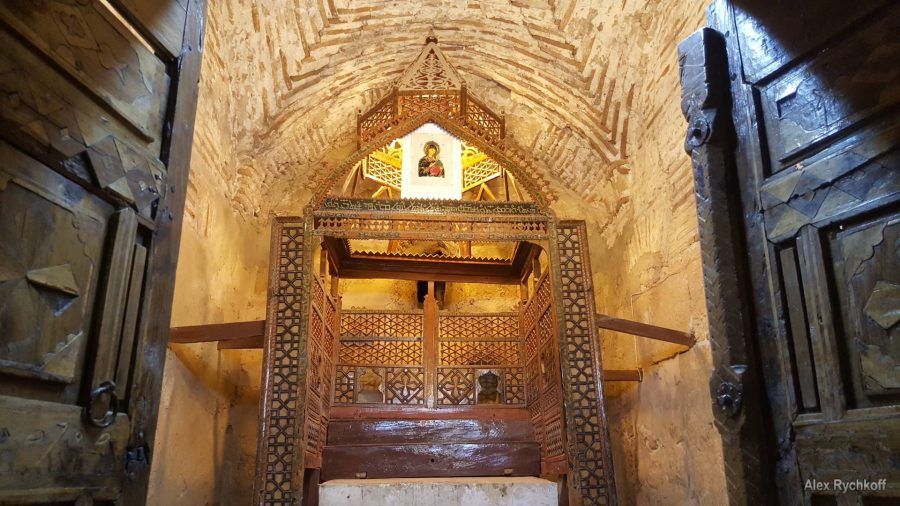 There are 3 religious service platforms and 3 embroidered wooden doors in the church that were made in 1699. On these doors, there are verses of the psalms of the Prophet David in Syrian language. At one of the sides of the church, there is an octagonal font for adults. This church is currently used for christening as well. 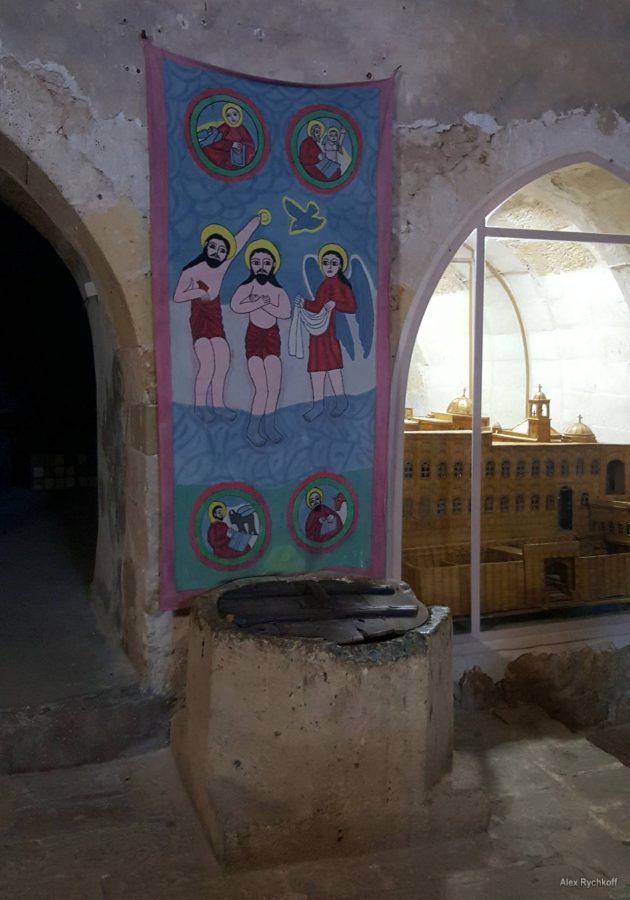 Restoration project of the Deyrulzafaran Monastery

The restoration project of the monastery and its application are of utmost importance since Deyrulzafaran Monastery is a very much significant construction in the history of arts and architecture with its special position in cultural, aesthetical, technical and symbolic respects. Thus, the original materials and techniques that still exist in the monastery have especially been preferred to be used at maximum level. 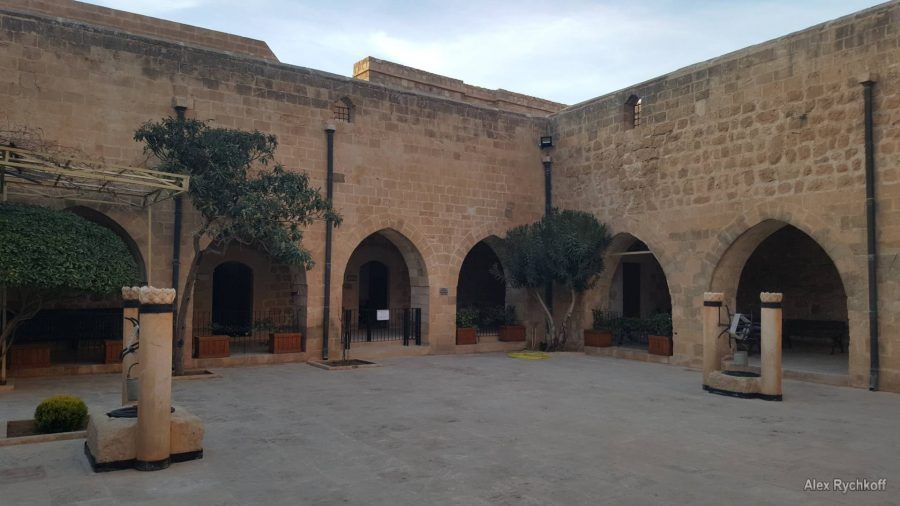 The first restoration that takes scientific approaches into consideration in the last 100 years has been carried out by Deyrulzafaran Monastery Care, Restore and Survival Foundation in 2007 with EU Fund for the Protection of Cultural Heritage. At this stage of the restoration, cement products have been removed from the monastery and works have been carried out to convert it to its oricinal state. 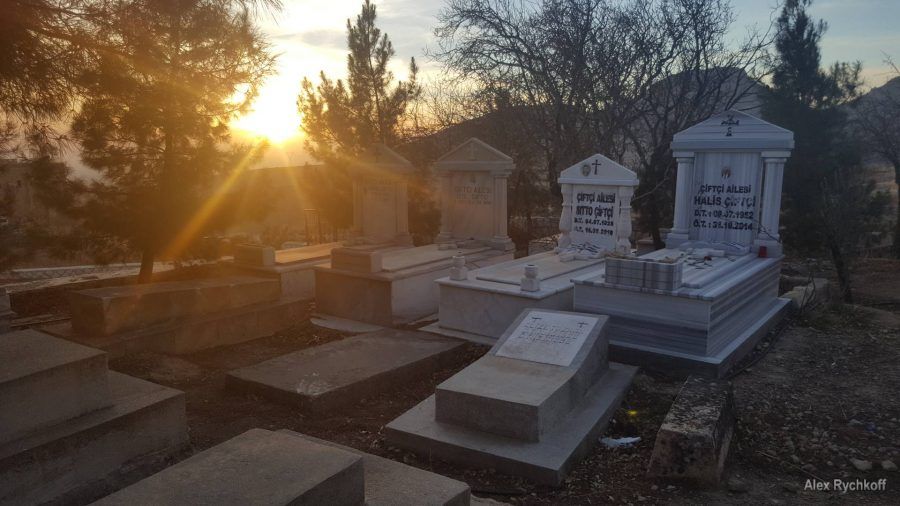 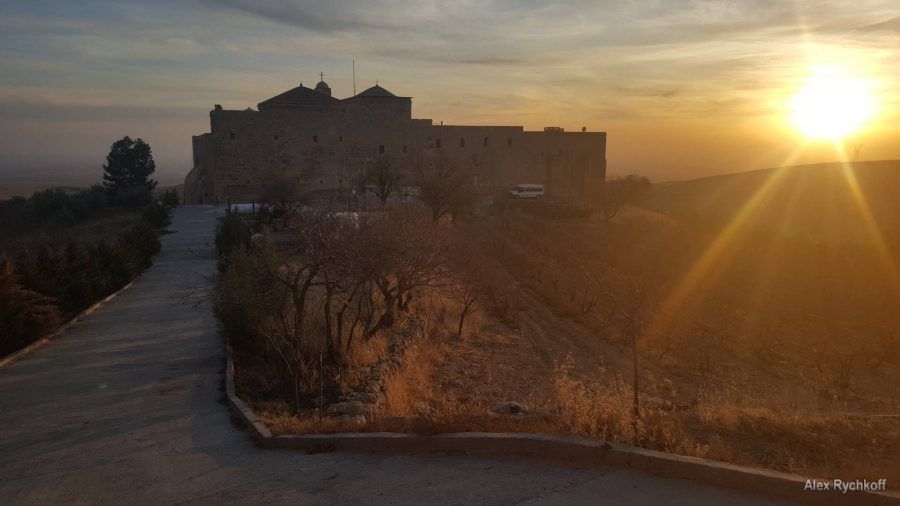