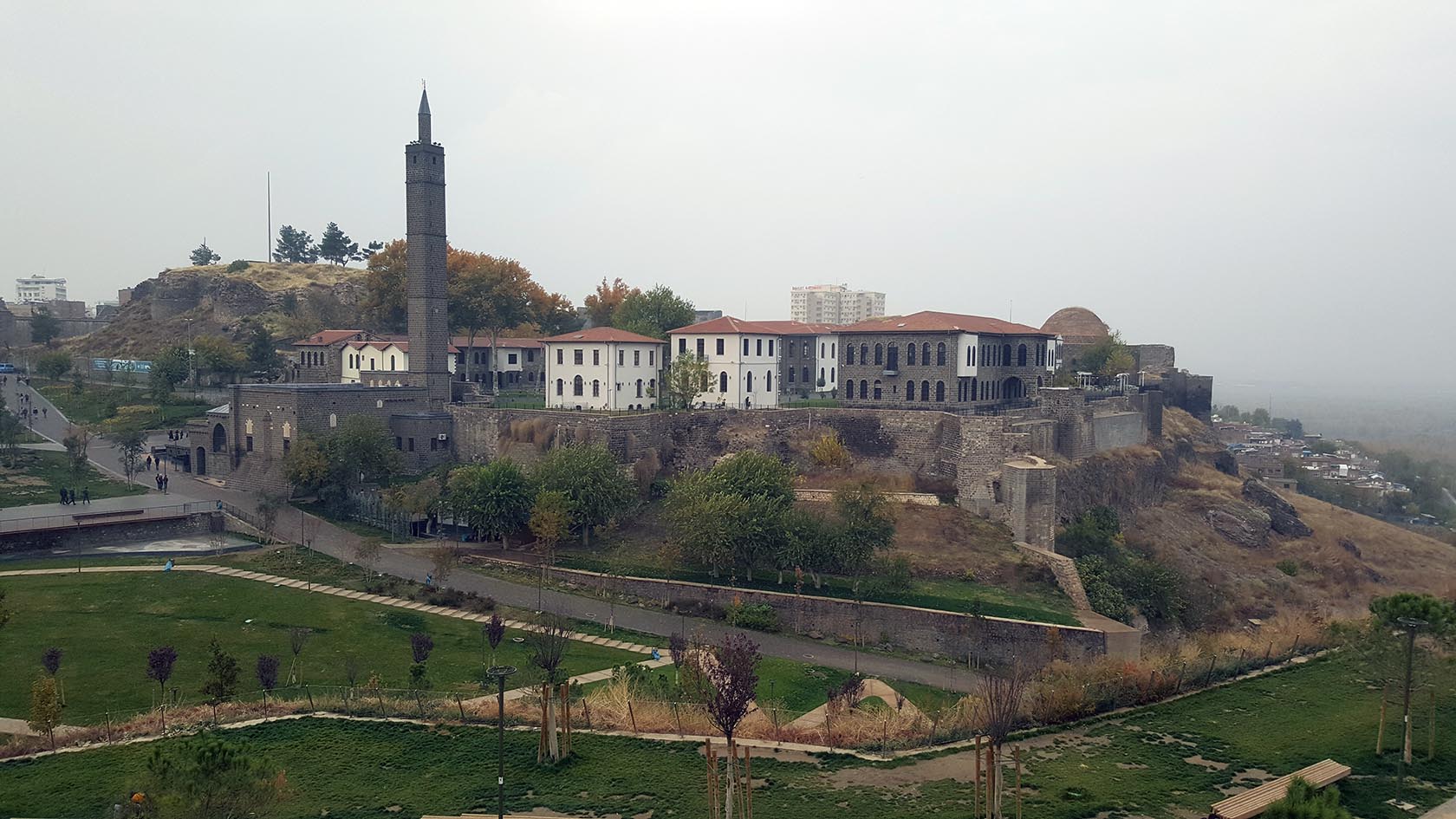 Home »Diyarbakır: fairytale of “One Thousand and One Nights” without makeup

Diyarbakır is a very old city with complex history. Even at the present time dramatic events take place in the life of it and you can feel them just walking in the historic district named “Sur”. After the clashing between the banned Kurdistan Workers’ Party (PKK) and Turkish government forces in 2015 the big part of Sur was closed for visiting and many buildings where destroyed.

But don’t be afraid because now Diyarbakır is safe and mostly open for tourists. Here rather than elsewhere you can feel the atmosphere of the real East. It’s alive and natural, not embellished for tourists. On the lanes of Sur time stood still and you can take a stroll through history. Old part of Diyarbakır looks like leaped from the pages of fairytale of “One Thousand and One Nights”.

The exact date of foundation of Diyarbakır and its initial name are not known. The first reference to the city belonges to Assyrian records date about 1300 BC. At that time there was a capital of Bit-Zamani, the Aramean kingdom. After the establishment of the Neo-Assyrian Empire the city became a center of a province and was named Amid. Ancient Greeks, Romans and Byzantines called the city Amida. Diyarbakır, the modern name of it Diyarbakır derives from Arabic “Diyaru Bakr” which means “the Land of Bakir”. “Bakir” or “Bakr” was a name of the name of Arab tribe which settled in this region after conquest by the Arab caliphate.

But now Diyarbakır stands for “diyar bakır” which means “land of copper”. This reading belongs to Atatürk because after his visit of the city in 1937 he was expressed uncertainty on the exact etymology of the city. However nowadays some of the Kurds continue to bename Diyarbakır with its former name Amed.

Powerful walls and towers of the city fortress are rightfully considered as a main symbol of Diyarbakır. Even now they make an impression. Diyarbakır castle was build at the order of the Roman emperor Constantius II in the middle of the 4th century. After completion Amid became the most strong fortress of that time. In the middle of 4th century Roman Empire was on the eve of decline. Amid was in the face of danger of strengthening Sasanian Neo-Persian Empire so this city needed a good defensive system. It consists of an inner fortress (citadel) and an outer fortress (city walls).

Diyarbakır castle was build from local black stone. Because of that there is the second name of it – “Kara kale” which means “Black fortress”. Now the total length of the city walls is more that 5 km. Сertain parts of them were destroyed in the 20th century as you can see at the picture above. Some parts of the Diyarbakır fortress are now in good state but most of walls and towers restoration need restoration. You can climb to the wall and also get inside a wall in many points and don’t need to pay for it. Several towers are using for cafe and restaurants. Walls surrounding forbidden part of Sur are in the worst state. Probably some of them were destroyed during clashing between PKK and Turkish government forces. Also a lot of old historical buildings were demolished here. You cannot visit this area without special permission. The Great Mosque of Diyarbakır was built on the place of former St. Thomas Ortodox Christian after Arabs capture of the city in 639. It’s one of the oldest and most famous mosques in this part of Mesopotamia but the first mosque building was not extant. Between 1091-1092 The Great Mosque was fully rebuilt by Seljuk Sultan Malik Shah. This mosque actually is group of buildings which includes two mosques (Hanafiler and Shafiler), two medreses (Masudiye and Chain), eastern-western maksuresi, minaresi and ablution. There is a large rectangular courtyard in the middle of all these mosques. During the construction of the mosque fragments of fragments of antique buildings were used widely not only like building blocks but also decorative fixtures. Because of that Ancient Roman columns are combined here with quotes from Quran carved in stone. Syriac Orthodox Church of Our Lady

This is the only one active Christian church in the city now. In the past, many Assyrians lived in the city but now only 7-30 families left here. The archaeological Museum in Diyarbakır is very cheap (only 5 TL) but has reach collection of historical artifacts. The most interesting are which related to very ancient Körtik Tepe Neolithic civilization with the age about 12000 years. The quality of the stone processing is so high that it surpasses subsequent civilizations. As previously noted a big part of Sur now is closed for visiting. There are the following historic sites within this territory: