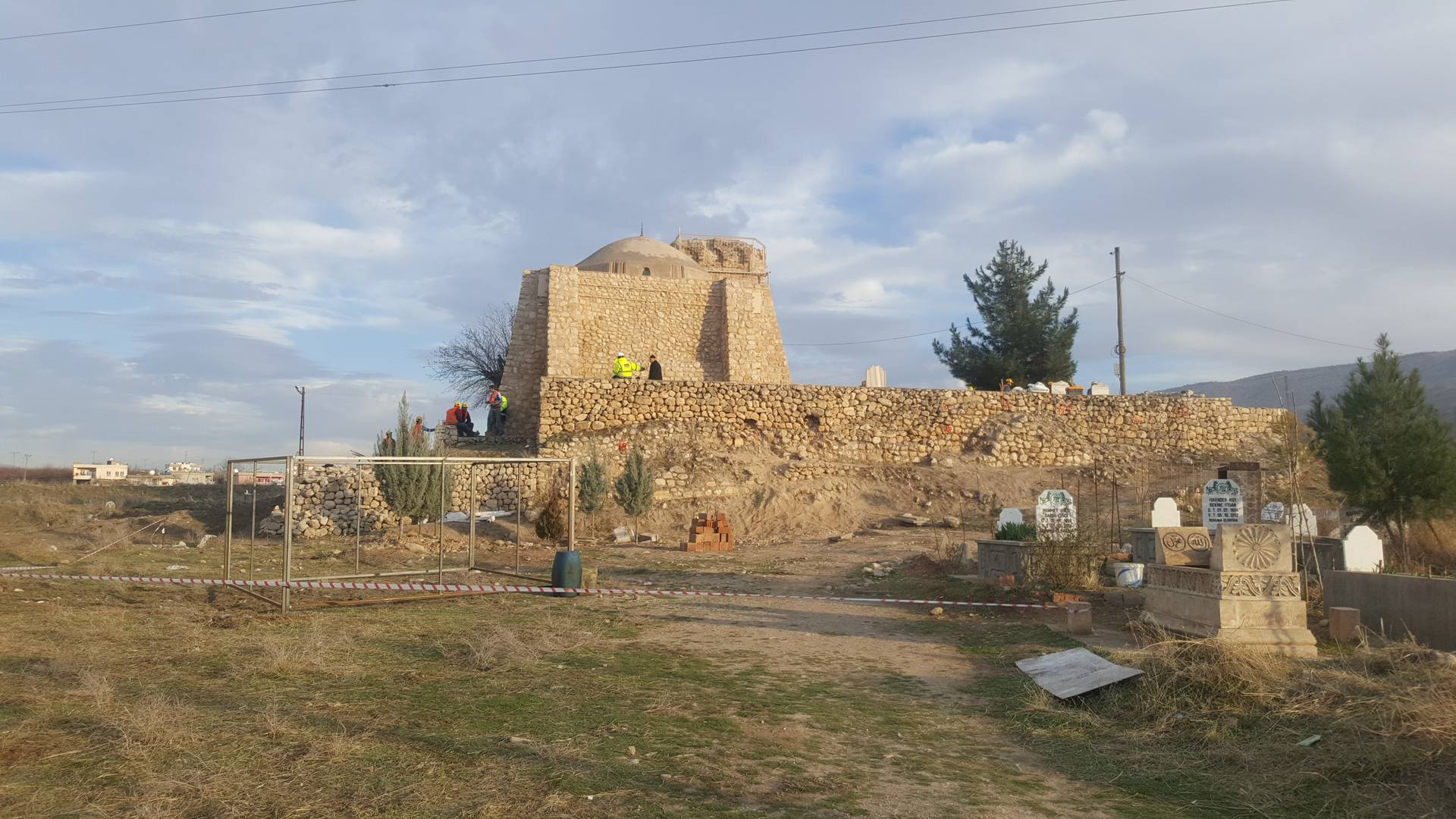 This zawiya* was build on the small hill in the memory of Imam Abdullah, which comes from the descent of the Islamic prophet Muhammad. He was very respected by people so his tomb was extended and became a kulliye.

Original zawiya was build in the 12th century by the Artquids** dynasty. It was renewed by the sultan Takiyyeddin Abdullah from the Ayyubids*** between 1249 and 1294. According to the inscription near the entrance to the zawiya, it was rebuild again in 1478 by the Aq Qoyunlu dinasty.

After construction of the Ilisu Dam Imam Abdullah Zawiya like many other historical sights of Hasankeyf will be put underwater. P.S. I made my own translation from Turkish because original was incomplete and incorrect in some facts.

* The term zawiya refer to a Sufi lodge In the Arab world. The same terms Tekke/Tekyeh are using in Iran and Turkey.
** The Artquids (or Artuqid) was a Turkmen dynasty which ruled in Eastern Anatolia, Northern Syria and Northern Iraq in the eleventh and twelfth centuries.
*** The Ayyubid dynasty was a Sunni Muslim dynasty of Kurdish origin founded by Saladin and centred in Egypt. The dynasty ruled large parts of the Middle East during the 12th and 13th centuries.
**** The Aq Qoyunlu or Ak Koyunlu, also called the White Sheep Turkomans, was a Persianate Sunni Oghuz Turkic tribal federation. Last independent rulers of Hasankeyf ans Mardin.