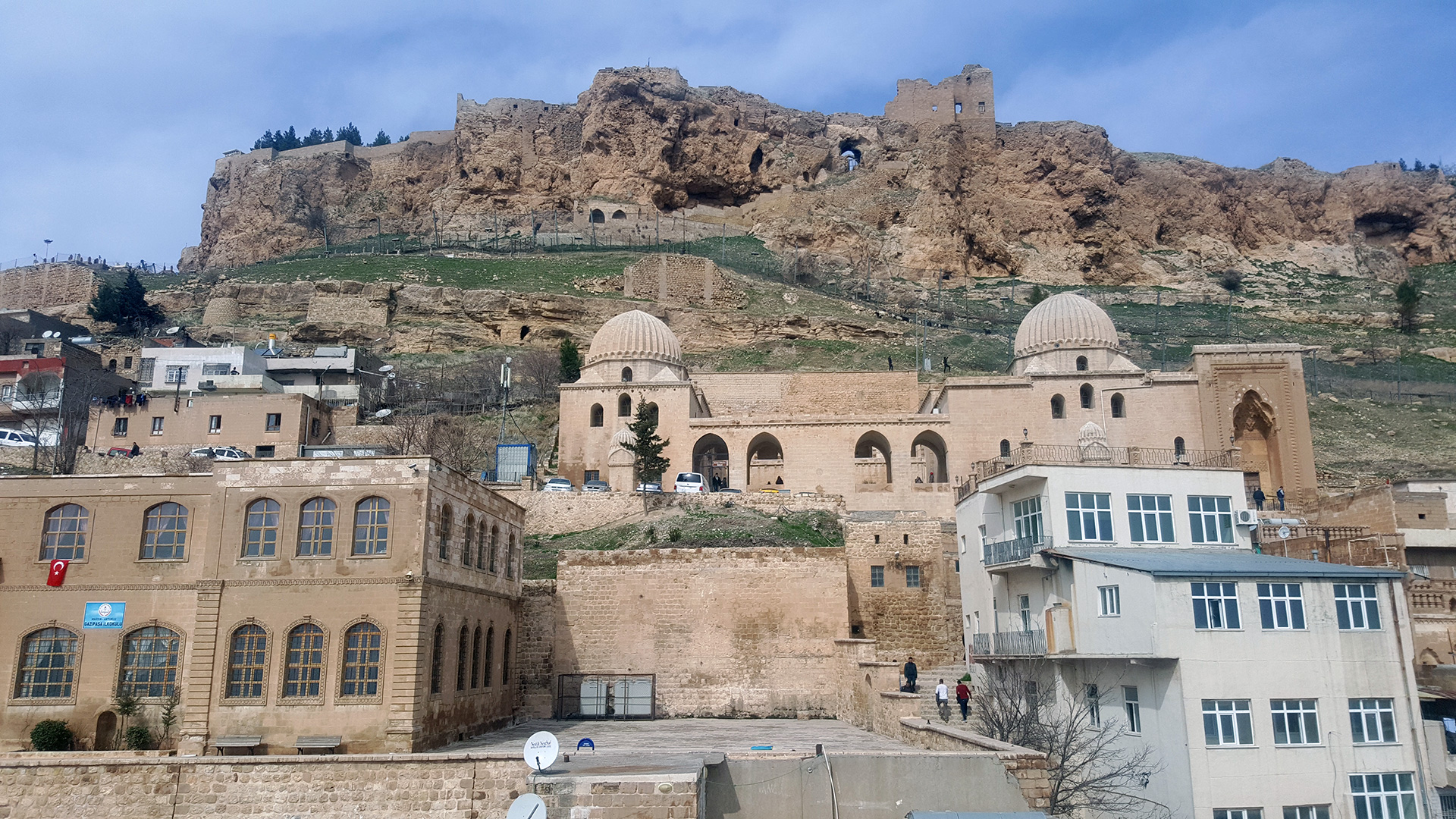 Mardin Castle is standing on the hill dominating the old town and crowned with superb stonework. It was founded more than 3000 years ago and became the point around which the city began to grow. The castle even gave the modern name to the city. In the time of the Roman Empire it was known as Marida (Merida). This name can be translated as “fortress” from Neo-Aramaic language. Over time the name Marida has transformed to Mardin.

The castle you can see at the present time was constructed in 975-976 on the hill by the Hamdanis. It is 1200 m above sea and has a length of 1000 m and a width of between 30 and 150 m. It is clear from the reports of travellers who came to Mardin at different periods that there were many additions inside the castle including storage barns, wells and bathhouses. The castle known as the “Eagle’s Nest” due to its protected position, has six gates formerly.

Throughout history the Mardin Castle hosted numerous rulers including Mitanni, Assyrian, Persian, Roman and Byzantine, Sassanid, Hamdani, Seljuk, Artuqid, Kara Koyunlu, Ak Koyunlu and Safavid as well as the Ottoman governors. According to evidences have been found as part of study the castle was once used for residential purposes. Moreover, the castle’s storage rooms could store huge amounts of ammunition and food.

Nowadays the Mardin castle is in a sad plight and needs restoration. It is closed to the public because there is a military base with a large NATO radar inside on the territory of the castle. In 2012 officials of the ruling Justice and Development Party (AKP) said they hoped to open the Mardin castle to tourism eventually. But six years later the situation has not changed. So I don’t have my own photos and videos from the castle but found some others.

View of Mardin from the castle

Inside of the Mardin Castle