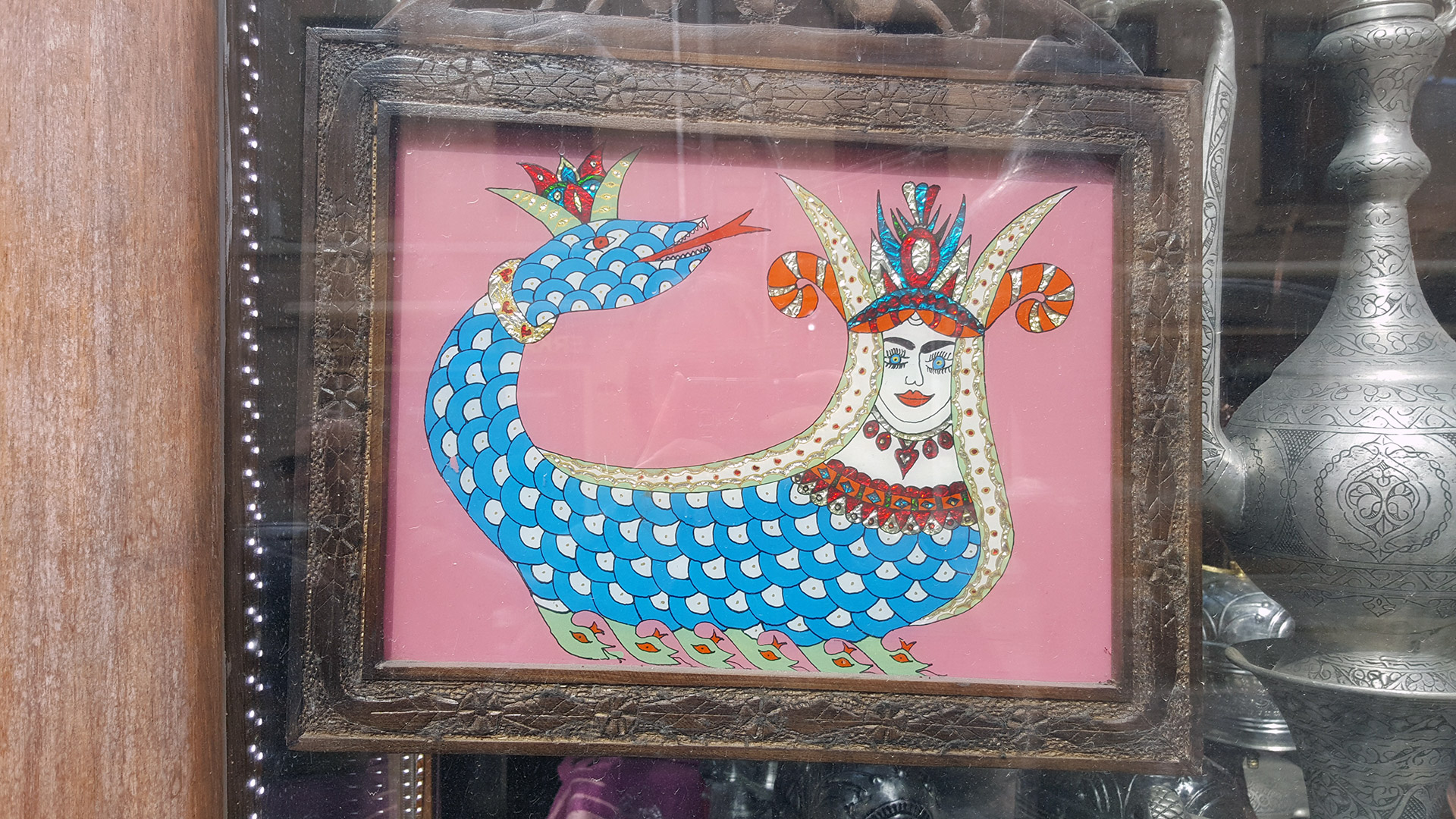 Home »Articles»Shahmaran: mythological queen of snakes and symbol of Mardin

Shahmaran (Turkish “Şahmeran”) is a fabulous creature which is popular in the culture of many peoples in the Middle East. She is considered to be the queen of the serpents and the keeper of the wisdom. She is usually described as a being with a head of a beautiful and intelligent woman, a body of a dragon and a second head of a poisonous snake at the tip of her tail.

The name of Shahmaran originates from the Persian words “Shah” and “Maran” where “Shah” is a the title for an Iranian ruler and “Maran” means snakes (singular is “Mar”). Probably at the pagan time she was revered as a goddess. And there was a cult of Shahmaran in the territory of present Iran, Iraq and Turkey.

It is very interesting that unlike other ancient gods she survived the coming of Christianity and even the spread of Islam. For example one version of the legend about Shahmaran can be found within the book of One Thousand and One Nights: the story “The Sultan of Underground”. Some people in the Middle East believe that her image can protect against bad events.

One of the popular legend about this interesting fairytale creature in Turkey relates to the Mardin Province. According to this legend she lived in the area of Mardin. So you can find a lot of the images of Shahmaran depicted in embroidery, jewelry and souvenir gifts sold in shops located in the old part of this beautiful and mystical city.

At the present time Shahmaran is rightfully considered as a one of the symbols of Mardin. Her image is very popular among Arabs and Turks that live in this area. But especially she is revered among the Kurds which constitute a significant part of the local population. To be continued…

Shahmaran depicted in the silver jewelry from Mardin.