Sinop is a small city situated on the most northern edge of the Turkish part of Black Sea coast. It’s located far from main tourist routes but don’t think that there is nothing interesting here. This inert little town is worth it to spend here two or three days or even a week.

Below you can see a list of main local sights to visit:

At the present time Sinop is a small city located far from big roads but in antiquity there was an important center of Black Sea maritime trade. A convenient quiet harbor was a good place to accommodate a lot of ships. The first city walls were built by Greek colonists around the 7th century BC. By the time of the Roman conquest Sinop was one of the biggest and well fortified cities in the Black Sea region. In the first century BC it was taken and plundered by the Roman army. But being a part of the Roman Empire this city was restored and expanded. During the construction fragments of antique buildings were often used. Looking at the walls and towers you can find parts of columns, pieces of marble slabs, plinthite bricks etc. The thickness of the walls reaches 3 meters. The major part of the castle is in a good state but the northern wall and towers are partially destroyed by the Black Sea. A special breakwater was built to protect them. Most of the fortress is available for free visiting. A tall clock tower in the center of Sinop is a part of the fortress. From top of it you can see the panorama of the city. During my visit the entrance was not guarded by anyone and I quietly went upstairs.

The Statue of Diogenes

The Statue of Diogenes (Diyojen Heykeli) erected in 2006 is a monument to the famous Ancient Greek philosopher Diogenes of Sinope. He was born there in about 412 BC. The Statue located at the center of the narrowest point of Sinop Peninsula.

This is a small but very interesting museum because it contains a lot of local artefacts which belongs to Ancient Greece and Rome. The exhibits are well-marked in English and kept up marvelously. The museum has indoors and outdoors parts. There is a monument to the Battle of Sinop within the territory of the outdoors part of the Archeology Museum. This battle took place on 30 November 1853 at the Sinop bay. It was the last big battle between fleets of sailing ships and marked the end of the Age of Sail. The result of the battle was decisive Russian victory over the Ottoman Empire. But it caused a wave of anti-Russian sentiment in Western Europe. After that France and Great Britain joined the conflict on the Ottomans side.

Sinop Fortress Prison (Sinop Kale Cezaevi) is a former state prison established in 1887 on the territory of the centuries-old city fortress. It was closed down in 1997 and turned into museum in 1999. Now Fortress Prison Museum is opened to the public for sightseeing purposes. This prison hosted a lot of intellectuals charged for political reasons. Because of that it figure prominently in the Turkish popular culture. But it is not so well known outside of Turkey. Sinop Ethnography Museum is situated in old building put up in the time of the late Ottoman Empire. It gives a good overview of how the rich Turkish family of that period could live. Mostly ethnographic museums in Turkey are free but there you should pay for an entrance ticket. Aladdin Mosque in Sinop was built by sultan Alâeddin Keykubad from Seljuq dynasty in the beginning of the XIII century. The mosque was the first Muslim religious building in the city cunstucted after its capture. 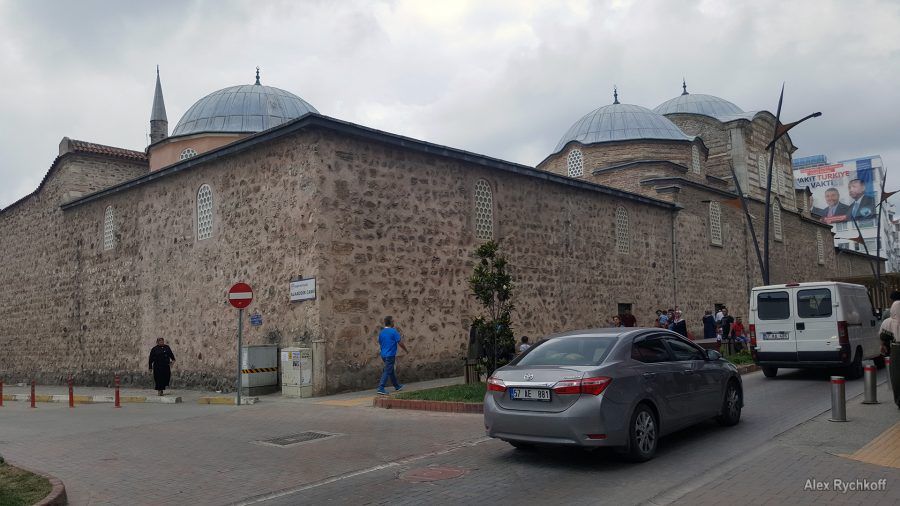 The pulpit of the mosoue was destroyed in 1850 by the couarse of the main dome later fragments of the pulpit were sent to the cinili kosk in istanbul the pulpit was repaired by the gowernor omer tufan pasha in the same year. 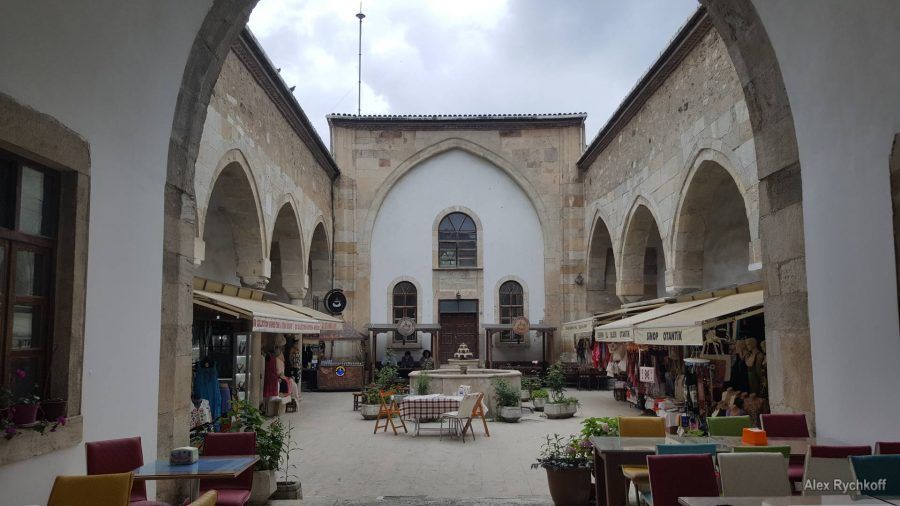 In the center of Sinop you can find quite a number of historical buildings. But many of them are in the bad state and need a restoration. More than two thousand years Sinop was and important port in the southern of Black Sea. But in XX century it receded into the background. Now you can see mostly small ships and fishing boat in it’s harbor. Sinop is situated in the narrowest part of the similarly-named peninsula. This peninsula is mountainy and has abrupt coast. You can rend a bicycle in the city (about 5 TRY per 30 min) and walk around it. From the top of the peninsula you can see a beautiful city and sea landscape. Black Sea beaches are not well known in Turkey. But near Sinop you can find a lot of beautiful wild beaches with yellow sand. The best water temperature for swimming is from July to September. Manti are dumplings popular dish in most Turkic cuisines. But Cevizli Mantı (or Sinop Mantısı) are cooked according to special local recipe. When serving them are sprinkled with hazelnut or walnut powder. Sinop is surrounded by Black Sea so there you can find a lot of different tradistional Turkish fish dishes like “hamsi” (european anchovy), “barbunu” (goatfish) and other.