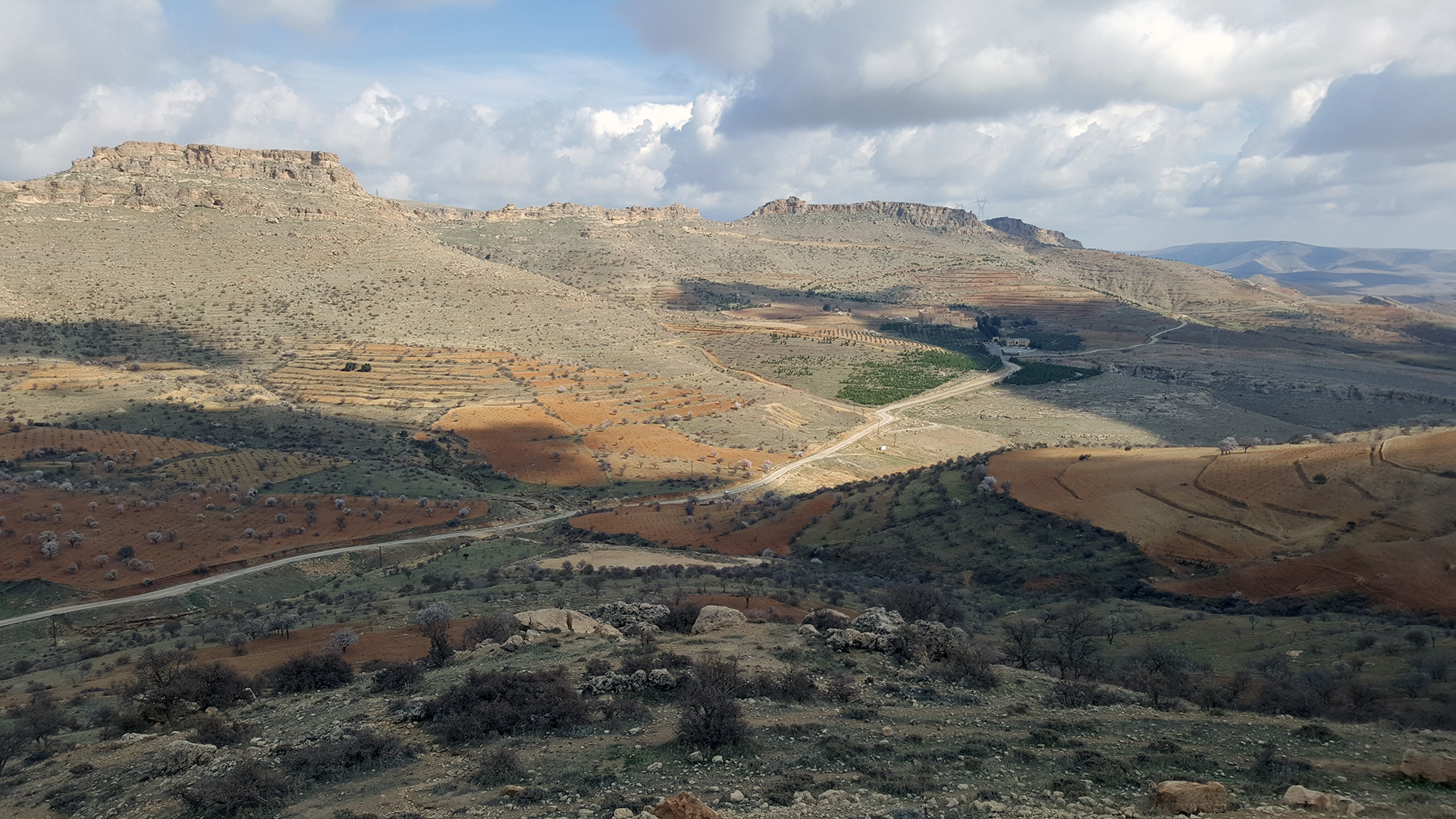 Thanks to one girl from Mardin I found an information about abandoned cave monasteries which are located on the top of the ridge near functioning Deyrulzafaran (Mor Hananyo) Monastery at the Tur-Abdin plateau. I dont know why but even local Assyrians from Mardin and Midyat usually don’t know their names. 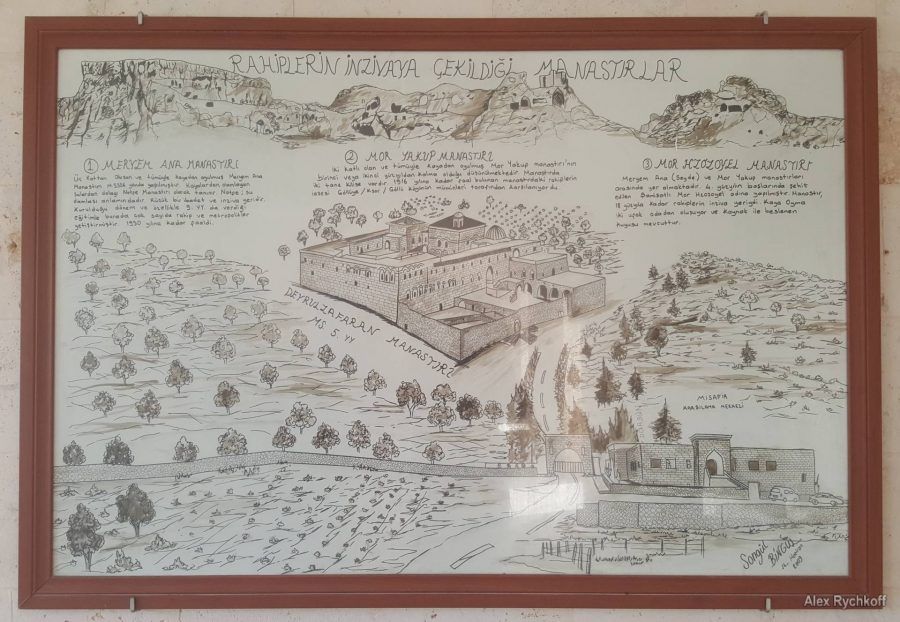 According to the picture from the Deyrulzafaran Monastery there were another three monasteries in this place:

Probably these monasteries were founded in 4-5 centuries AD. If this information is correct they are older then famous monasteries of the Mount Athos in Greece. In the Middle Ages the Tur Abdin plateau was one of the most important centers of Middle East Christianity even after the spread of Islam.

At the present time all of these three monasteries are looted and abandoned. You can see some of the artifacts from them in the Deyrulzafaran and in the museums of Mardin. However the fate of local relics mostly is not known. Even the history of this place is forgotten.

Monasteries on the map

The monastery of Virgin Mary

This monastery is located on the top of the tallest mountain in this area. It has a lot of artificial caves and a small “hidden” fortress that cannot be seen from the bottom. The monastery of St. Jacob

A long time ago the monastery of St. Jacob was the largest and most populated in the area. It has several churches, a lot of monastic cells and powerful fortifications. There is a big article about this monstery in my blog with many photos. The monastery of St. Hzozoyel

It was a small cave monastery located on the southern mountain.